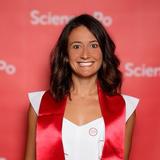 Federica currently serves as the Deputy Mayor of Isernia, Italy. Previously, she was the Co-President of Volt Italia, part of Volt Europe—the first pan-European progressive party aimed at taking collective action to strengthen the European Union. As co-president of Volt Italia, Federica helped run the party’s local, regional, and European campaigns, including the first youth-led and grassroots campaign in Isernia that got her elected and then nominated Deputy Mayor. Former Policy Leader Fellow for the School of Transnational Governance in Florence and Harvard Kennedy School of Government teaching fellow in "Leadership, Organizing, and Action," Federica believes that politicians and political parties should fight for and bring about the change they envision by combining electoral politics and social activism to achieve a more just and sustainable society. Currently, she is working to bring this new model of leadership and politics to small and rural areas around her region, Molise, with the aim of scaling up this process in the future.