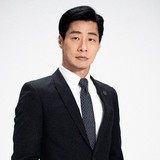 Freddy Tshiong-Tso Lim is the lead vocalist of the Taiwanese metal band CHTHONIC and has been a member of the parliament in Taiwan since 2016. He has been vocal about human rights issues and participated in Amnesty Taiwan as the chair. He continues his support in the parliament by founding parliamentary support groups for Tibet, Hong Kong, and Uyghur issues. Freddy also actively participates in parliamentary diplomacy, expanding Taiwan’s connection to the global community, while resisting China’s illiberal influences. Domestically, he devoted himself to transitional justice, marriage equality, gender equality, cultural policies, cross-generational justice, etc. He's also the primary pusher of the open parliament agenda, and currently serves as the parliamentary point of contact for Taiwan's Open Parliament Action Plan 2021-2024.