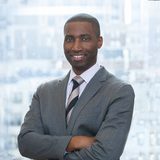 Tony Woods is the Executive Director of the Quad Fellowship, a first-of-its-kind scholarship program operated and administered by Schmidt Futures that will sponsor 100 exceptional American, Japanese, Australian, and Indian master’s and doctoral students in science, technology, engineering, and mathematics (STEM) to study in the United States.

Previously, Tony worked at The Boston Consulting Group, served as a White House Fellow in the Obama Administration, and developed volunteer-driven solutions for American cities at ServiceNation. He organized service trips to Haiti and New Orleans, as well as a cross-country bicycle trip in support of Habitat for Humanity. In 2009, Tony ran for U.S. Congress in California’s 10th congressional district.

Tony currently serves as an intelligence analyst in the Army Reserves assigned to the Defense Intelligence Agency. He also serves on the board of directors for Global Citizen Year and a race, equity, and inclusion advisory board with Blue Star Families.

Tony holds an Executive MBA from the University of Maryland, MPP from Harvard’s Kennedy School of Government, and B.S. from the United States Military Academy at West Point. He and his husband Zack live in Bowie, Maryland where they’re restoring a historic home built in 1798.