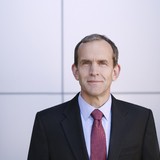 Kent Walker is the President of Global Affairs and Chief Legal Officer at Google and Alphabet, where he oversees the teams responsible for legal matters, government affairs, content policy, and philanthropy.

For nearly 30 years, Kent has focused on the intersection of technology, law, and policy. Since joining Google in 2006, he has led the company’s advocacy on competition, content, copyright, and privacy. He has worked with government leaders and regulators around the world and served as the first chair of the Global Internet Forum to Combat Terrorism. After overseeing the creation of Google’s AI Principles in 2018, he became chair of the company’s Advanced Technology Review Council.

Kent graduated with honors from Harvard College and Stanford Law School. He served as an Assistant U.S. Attorney in San Francisco and Washington D.C., starting one of the first “computer crime” units in the country and later advising the U.S. Attorney General on technology policy issues.

He went on to hold executive positions at Netscape, AOL, and eBay, as they navigated the rise of the web, online communities, and ecommerce.

Kent serves on Harvard’s Board of Overseers and is a member of the Council on Foreign Relations.