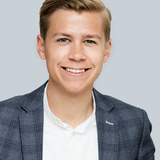 Thomas Rohden is a regional councilor in the Capital Region of Denmark for the Social Liberal Party. In addition, he is founder and chairman of the Danish China-Critical Society, where he fights for freedom, human rights and democracy. Thomas is known for his activism related to China, where he has been involved in the rescue of former Hong Kong Legislative Councilor, Ted Hui. He also put Danish-Chinese relations under pressure when he reported the Chinese Embassy to the police, after videos showing how the embassies staff, tore down his China-critical election posters.