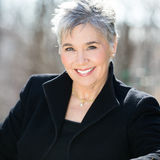 In addition to co-hosting the SpyTalk podcast, she is an International Security Expert for Canada’s CTV News. During her career as an anchor and correspondent with CNN and ABC News Jeanne earned her profession’s highest honors, including two Emmys and an Edward R. Murrow Award. She also contributed to two CNN Peabody Awards, and anchored CNN’s worldwide coverage of the assassination of Yitzhak Rabin and the death of Princess Diana.

Jeanne’s moderating engagements have included the White House Summit for Democracy, AtlanticLIVE events, the Copenhagen and Denver Democracy Summits, the Munich Security Conference and the global conferences of the International Women’s Forum.