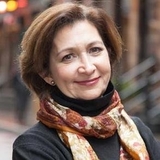 Global Editor in Chief Nancy Cooper is the second woman to lead the magazine in its 90-year history. Cooper has overseen the magazine’s transformation into an internationally respected digital publisher and rebuilt the newsroom to deliver Newsweek’s biggest scoops of the digital era. During her tenure, Newsweek was the first publication to report on key world events including the assassination of ISIS leader Abu Bakr al-Baghdadi, a major global scoop. Three months later, Newsweek reporters broke the news that Iran had downed a Ukrainian airliner— another world exclusive. The following year Newsweek’s deep reporting on the origins of the pandemic and experiments at the Wuhan lab prompted U.S. intelligence agencies to declassify their assessment. A Newsweek team exposed the extent of China's covert influence network in the United States, triggering a retaliatory "audit" from the Chinese government. Under Cooper’s leadership, Newsweek has also established itself as a publication that reflects the voices and views of readers across the political and cultural spectrum. Cooper began her journalism career answering reader mail in the Letters Department at Newsweek, then worked her way up to Senior Editor. Her teams have won reporting awards from the American Society of Magazine Editors, the Overseas Press Club, Deadline Club and the Society of American Business Editors and Writers. She left Newsweek at the end of 2008 and served as Deputy Executive Producer of WNYC show TheTakeaway and then as Editor of the homepage at msnbc.com before returning to Newsweek in February 2018.