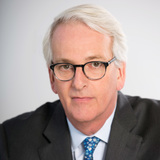 President of the Chicago Council on Global Affairs, host of World Review with Ivo Daalder

Ivo H. Daalder is president of the Chicago Council on Global Affairs and host of World Review with Ivo Daalder. He served as the US ambassador to NATO from 2009-2013.

Prior to his appointment as ambassador to NATO by President Obama, Daalder was a senior fellow in foreign policy studies at the Brookings Institution, specializing in American foreign policy, European security and transatlantic relations, and national security affairs. Before joining Brookings in 1998, he was an associate professor at the University of Maryland’s School of Public Policy and director of research at its Center for International and Security Studies. He also served as director for European affairs on President Bill Clinton’s National Security Council staff from 1995-1997.

Ambassador Daalder is the author and editor of 10 books, including The Empty Throne: America's Abdication of Global Leadership (with James M. Lindsay). Other books include In the Shadow of the Oval Office: Profiles of the National Security Advisers and the Presidents they Served — From JFK to George W. Bush (with I. M. Destler) and the award-winning America Unbound: The Bush Revolution in Foreign Policy (with James M. Lindsay). Daalder is a frequent contributor to the opinion pages of the world’s leading newspapers, and a regular commentator on international affairs on television and radio.

Ambassador Daalder was educated at the universities of Kent, Oxford, and Georgetown, and received his PhD in political science from the Massachusetts Institute of Technology. He is married to Elisa D. Harris, and they have two sons.