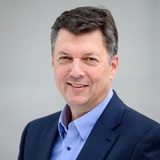 Member of the Executive Board, The Federation of German Industries (BDI)

Wolfgang Niedermark, born in Gelsenkirchen in 1965, is married and has two children. He served as a volunteer, both at German Navy and German Army. Niedermark has a degree (Diploma) in economic geography, international law and political sciences from WWU Münster.

From 1993 on he worked as Regional Manager for the Indian Subcontinent at the German Asia-Pacific Business Association (OAV), Hamburg, and from 1996 as Managing Director of the Australia-New Zealand Business Association (ANV). In 1998 he took over as Executive Member of the Board of OAV and ANV. Ex officio he became Member of the Management Board of the Asia-Pacific Committee of German Business (APA) in Berlin.

In 2002, Niedermark joined the management team at Heinrich Bauer Ost Marketing in Hamburg, a subsidiary of the Bauer publishing house. He was in charge of business development Asia-Pacific, in particular China, and the operating unit in Shanghai. Two years later his next assignment was Secretary General of the Korean-German Chamber of Commerce and Industry (AHK Korea) in Seoul.

From 2006 he worked for BASF, The Chemical Company, initially as a member of the CEO's staff and Director Asia Pacific Affairs. In 2009 he took over as Head of BASF Berlin Office. In his capacity as Vice President Corporate Communications he was responsible for the company´s government relations in Berlin and Brussels until end of 2015. In 2016 Niedermark was appointed Delegate of German Business at AHK Hong Kong. His tasks included the Management of the German Chamber of Commerce in Hong Kong, serving as a board member of German Industry and Commerce in Greater China (GIC) and again as member of the management board of APA. From Oct. 2020 on Wolfgang Niedermark has been a Member of the Executive Board of BDI, Berlin.