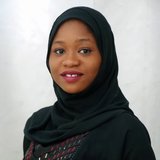 Zainab Sulaiman Umar is a 28-year-old young and vibrant lady, a media presenter, a community developer who is passionate about young women and youth political participation and the actualisation of the SDGs. An advocate of developmental issues, she is the Founder and Executive Director of a non-governmental organisation ‘Initiative For Public Awareness and Development (IPAD). Which is aimed at ‘eradicating negative vice and promoting development in the society.’

A fellow of the Copenhagen Democracy Summit 2019, Zainab Sulaiman Umar was once a school politician where she held several elective positions including the Vice-President Student’s Union Government Bayero University Kano, she also ran for Councillorship in 2017, where she lost during the primaries. She never gave up and ran again for State House of Assembly, under a new party ‘New Progressive Movement’ (NPPT), where she won her primary election and became the first female candidate for State House of Assembly Kumbusto Constituency Kano, Nigeria in 2019. She lost the election becoming the third position. She has already started her campaign for 2023 and she is coming back with full force.