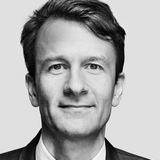 Jonas Parello-Plesner is Executive Director at the Alliance of Democracies Foundation in Copenhagen founded by former NATO Secretary General and Danish Prime Minister, Anders Fogh Rasmussen. Jonas has long-standing experience in the Danish Foreign Service including on US, European and Chinese strategic thinking and served in the French Ministry of Foreign Affairs while studying at the Ecole Nationale d’Administration in Paris.

Parello-Plesner has also worked at the European Council on Foreign Relations (ECFR) as a Senior Policy Fellow with a focus on European-Chinese relations. He served as the Danish Foreign Ministry’s Senior Advisor on China and North East Asia from 2005-2009. His co-authored book, China’s Strong Arm: Protecting Citizens and Assets Abroad, was published in 2015 by IISS/Routledge and launched at the annual Shangri-La Dialogue in Singapore. At Hudson Institute, he published a comprehensive report which conducted broad-based tracking of Chinese Communist party interference and influence in the US. Jonas has contributed to Wall Street Journal, Financial Times, Newsweek, American Interest and writes an international column for Danish daily Berlingske.