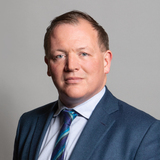 Member of the House of Commons, The United Kingdom and Co-chair of the International Grand Committee on Disinformation

Damian Collins has served as the Conservative UK Member of Parliament for Folkestone and Hythe since 2010. In October 2016, he was elected by the House of Commons as Chairman of the Digital, Culture, Media and Sport Select Committee. In this role, he led the committee’s inquiries into among others doping in sport, fake news, and the impact of Brexit on the creative industries and tour- ism. Mr. Collins is also the Chairman of the Conservative Arts and Creative Industries Network. Prior to his political career, he worked in advertising and communications, mostly at the M&C Saatchi advertising agency. Mr. Collins has written for The Times, The Daily Telegraph and Newsweek.