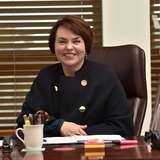 Before being sworn in as an Australian Labor Party Senator for Victoria in November 2016, Kimberley practised as a lawyer, worked in several private companies in senior executive positions, was a senior adviser to the Treasurer of Victoria and the Victorian Minister for Industry, Trade, Major Projects and Information Technology, was a Melbourne City Councillor and the General Manager of the Health Workers Union in Victoria.

In May 2019, Kimberley was promoted to one of the four leaders in the Senate for the Australian Labor Party as Deputy Manager of Opposition Business in the Senate.  Kimberley also serves as Shadow Assistant Minister for Government Services and the National Disability Insurance Scheme, chairs the Senate Foreign Affairs, Defence and Trade References Committee and is deputy chair of the Senate Select Committee on Financial Technology and Regulatory Technology.  Kimberley is a member of several other committees including the Joint Standing Committee on Foreign Affairs, Defence and Trade, the Joint Standing Committee on Treaties and the Joint Committee of Public Accounts and Audit.

In 2020, Kimberley was one of the founding members of the Inter-Parliamentary Alliance on China (IPAC) and represents Australia as one of its two co-chairs. IPAC has grown to include hundreds of legislators from 19 jurisdictions, as well as the European Union.

Kimberley is a regular commentator in local and international media on issues of foreign affairs and human rights, and has been an early advocate and campaigner for the adoption of Magnitsky-style legislation in Australia.

Kimberley lives in the northwest of Melbourne with her husband and dog, Nancy-Jane.