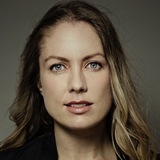 Director & Producer of “People you may know”, Metrotone Media

Katharina's latest documentary People You May Know, a deep dive into misuse of data by evangelical churches in the US,was picked up by Sundance and received four stars in The Guardian ahead of the 2020 US election.

Other works of note include Ari & Half the Kingdom(TV3/ NENT), the personal, tragic portrait of Ari Behn, the former Prince Consort of Norway. Katharina's background started in indie filmmaking, writing, directing and starring an her award-winning short film Of Her I Dream, about losing her mother to cancer. She is currently shooting two global-spanning documentaries.