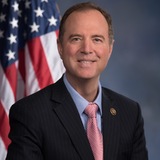 Member of Congress and Chairman of the House Intelligence Committee, United States

Congressman Adam Schiff represents California's 28th Congressional District, and throughout his tenure in Congress he has focused on growing the economy, bolstering national security, helping small businesses, and improving education, safety and health care for our children. In his 10th term in the House of Representatives, Schiff currently serves as the Chair of the House Permanent Select Committee on Intelligence and is on leave from the House Appropriations Committee.

In addition to his committee work, Schiff has been a leader on national security and foreign policy issues in Congress. He has advanced efforts to ensure the safety of all Americans by addressing nuclear proliferation, and is the author of the Nuclear Forensics and Attribution Act. Schiff has also been a leader on human rights, and a forceful advocate for recognition of the Armenian Genocide of 1915-23. Schiff also co-founded the Congressional Caucus for Freedom of the Press in May 2006, a bipartisan, bicameral caucus that he chairs.

Before he was elected to Congress, Schiff served as State Senator for California's 21st State Senate District, chairing the Senate Judiciary Committee, the Senate Select Committee on Juvenile Justice and the Joint Committee on the Arts. He previously served with the U.S. Attorney's Office in Los Angeles for six years, most notably prosecuting the first FBI agent ever to be indicted for espionage.

Discussion: Can the US Still Lead on Democracy? Part 2
Ryan Heath
Adam Schiff
Monday May 10, 17:50