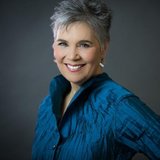 Jeanne Meserve is a homeland security expert and analyst, moderator, and award-winning journalist. She is currently a Security Expert for Canada’s CTV News and co-host of the SpyTalk podcast.

While a correspondent and anchor at CNN and ABC Jeanne earned her profession’s highest honors, including two Emmys and an Edward R. Murrow Award. She also contributed to two CNN Peabody Awards.

Jeanne is a member of the Homeland Security Experts Group and the Transatlantic Commission on Election Integrity, and serves on the board of the non-profit Space Foundation. She moderates discussions on topics ranging from technology and security, to medicine and the environment. Her clients include AtlanticLIVE, Washington Post Live, the Munich Security Conference, the Halifax International Security Forum, and the global conferences of the International Women’s Forum.

At CNN Meserve created the homeland security beat, covering intelligence, law enforcement, cyber, aviation, border and port security. She anchored worldwide coverage of the Yitzhak Rabin assassination and the death of Princess Diana, and was the first to report on the devastating flooding in New Orleans after Hurricane Katrina. She was a key member of the CNN political team during the 1996 and 2000 elections. While at ABC News she covered the State Department and reported from the Middle East, Asia and Europe.